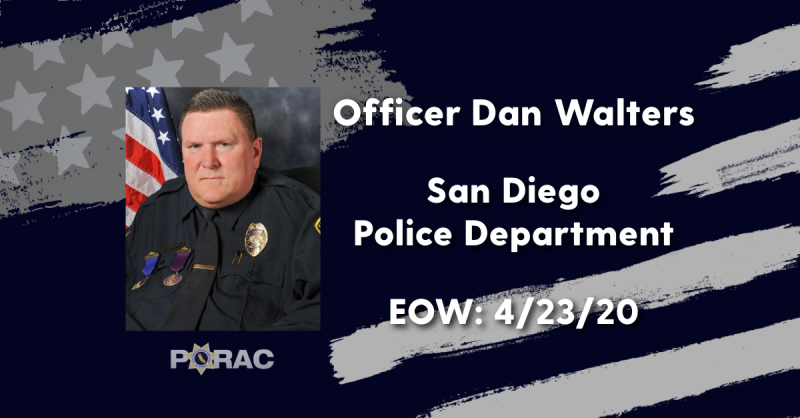 San Diego Police Department Officer Dan Walters passed away after succumbing to complications of a gunshot wound sustained on November 12, 2003.

Walters and his partner were backing up another officer when the suspect shot Walters in the neck at point-blank range. A passing vehicle inadvertently struck Walters, causing additional injuries. It was later determined at the hospital that he had become paralyzed from the neck down.

Officer Walters remained paralyzed and died from complications from the original injuries on Thursday, April 23, 2020.