The Fallen Officers Fund (FOF) was created in May of 1998 to provide financial assistance to any San Diego and Imperial County active duty Local, State, or Federal Law Enforcement Officer and/or their immediate family members during a traumatic event such as death, injury, sickness, or any other serious incident in which financial assistance would not be otherwise readily available. The dispensing of such funds shall reflect the “Spirit of Benevolence and Compassion” by the San Diego District Attorney Investigators Association (SDDAIA), the Fallen Officers Fund (FOF) Board of Directors, and the members of the DA’s Office who volunteer on the FOF committee.

FOF receives a portion of their operating funds from private donors, other law enforcement agency associations, and donations from our Community. FOF hosts three annual fundraising events: “FOF Breakfast”, “FOF Poker Night” and the “FOF Golf Tournament”. For the past several years, FOF has been honored to partner up with the annual Southern California Gang Conference/ SCGC (www.scgcsandiego.org). Over 90% of funds are generated by SCGC as well as FOF’s major event, the Annual FOF Golf Tournament. All funds received are exclusively used to provide immediate financial assistance to our law enforcement family in their time of need. Requests for such funding are evaluated on a case-by-case basis and must adhere to the guidelines set forth in FOF’s Bylaws. Funds donated are generally used, but not limited to; burial costs, medical bills not completely covered by health insurance, daycare, time off work without pay (LE or spouse), travel expenses, or any other financial obligations. FOF is exempt under section 501(c)(3) of the tax code.  If you would like to support FOF there is a PayPal Donate button above.  You can also mail a check to the FOF mailing address below.  Thank you. 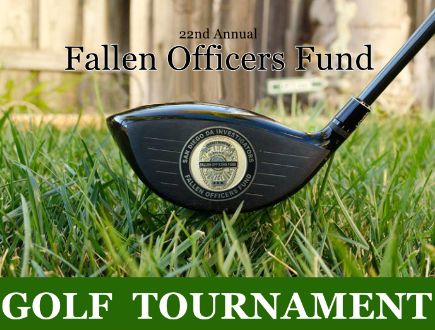 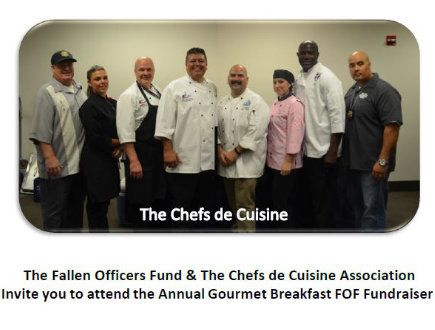 From 2007 to December 2021, FOF has been fortunate to assist 132 active-duty law enforcement officers and or their immediate family members within the San Diego and Imperial Counties totaling $576,654.50.  Again, this could not be made possible without the generous donations from all of our FOF supporters as well as, the tireless efforts and dedication of past and current FOF Board Members, Committee Members, and Volunteers. The following is an approximate breakdown of the support FOF has provided to our law enforcement families since 2007:

SDDAIA Member Stan Schwarz was appointed Vice Chairman of FOF in September of 2019 and Chairman in December of 2021.  Stan began his career with the Chula Vista Police Department in 2004. He was then hired by the San Diego District Attorney’s Office in October of 2015.   As Chairman of the FOF, Stan reports directly to the SDDAIA President and Executive Board. He coordinates all FOF events, oversees monthly FOF meetings and evaluates all requests for assistance from Law Enforcement agencies.  Stan works hand in hand with the entire FOF Board of Directors who operate FOF’s annual events and fundraising efforts.

SDDAIA Member Josh Pittsley was appointed to Treasurer in 2019 and Vice Chairman in December 2021.  Josh began his career with the San Diego Police Department in 2005 and lateraled to El Cajon Police Department where he worked for 12 years until being hired by the San Diego County District Attorney’s Bureau of Investigations.  Josh was initially assigned to the DUI Homicide unit in the Superior Court Division, but has worked in the Major Violator Team for the past year.

SDDAIA Member Paul Choi was appointed to the FOF Board in October of 2020 and Treasurer in December of 2021.  Paul’s career in law enforcement began in 2004 with the San Diego Police Department and continued in 2015 when he was hired with the San Diego District Attorney’s Office Bureau of Investigations.  Paul was assigned to the economic crimes divisions where he primarily investigated fraud and cyber related crimes. Currently Paul is a Supervising DA Investigator at the North County DA Office branch.

FOF Board of Directors: 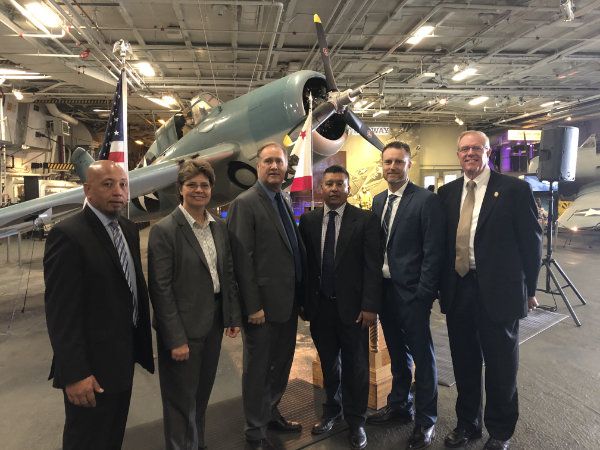 The San Diego County District Attorney Investigators Association would like to thank the Chefs De Cuisine Association for another great breakfast to support our Fallen Officers Fund. The event was fantastic, the crew of volunteers prepared breakfast for the largest crowd on record helping raise funds to support our fallen officers and officers in sever time of need. The photos below are of former FOF Chair Jeff Miller and a past FOF Chair Larry Davis, the Chefs de Cuisine logo, and a photo of the 13th floor conference room that was converted for the morning into the FOF breakfast hall. 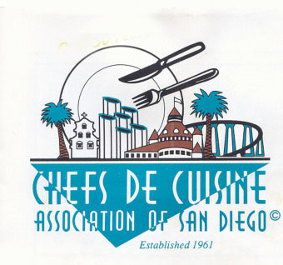 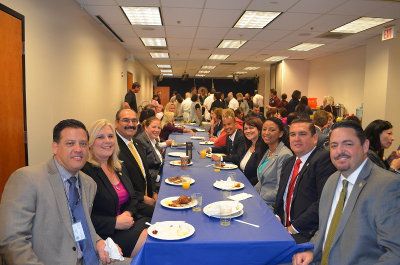 Our newest fundraiser is FOF’s Annual Poker Night Tournament, which started in 2017. Food, beverages, and prizes are donated by local businesses. Our poker players are a mix of law enforcement officers from multiple local agencies as well as members of the community who want to support FOF. We have a perpetual award plaque that has the tournament winner’s names engraved on a plate each year. The poker skill levels vary greatly but everyone always has fun and the money donated to FOF is greatly appreciated. 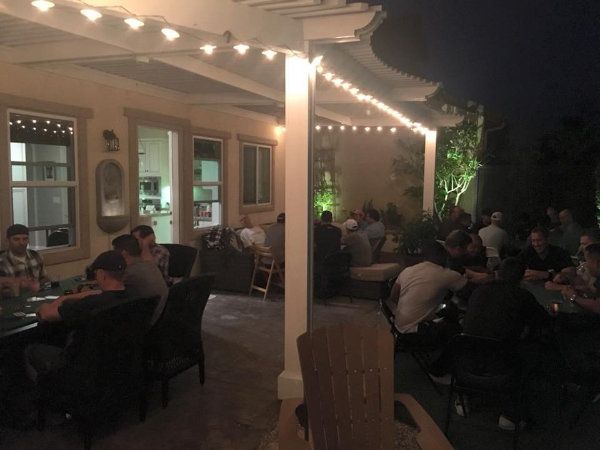 SDDAIA and FOF would like to thank everyone who has played, volunteered, and donated to FOF’s Annual Golf Tournamentt held at the Rancho Bernardo Inn Resort and Spa. FOF would like to commend everyone involved in putting this event together as it takes months of planning and coordination. Without the dedication of the entire FOF Team, this event would not be a success year after year. This is FOF’s largest fundraising event and is widely known as one of the best yearly golf tournaments in San Diego County. FOF would also like to thank RBI for their hospitality. Here are some photos from the event: 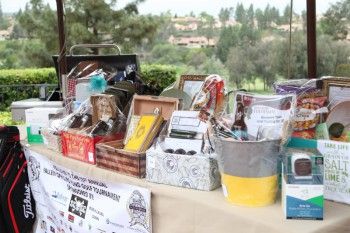 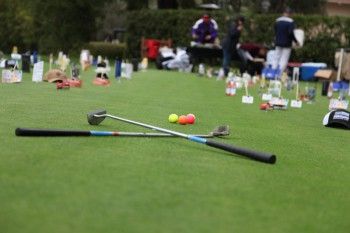 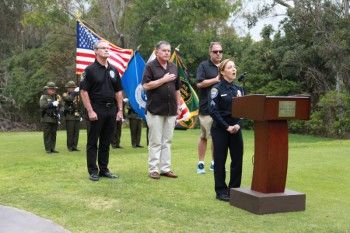 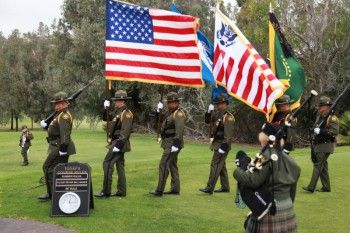 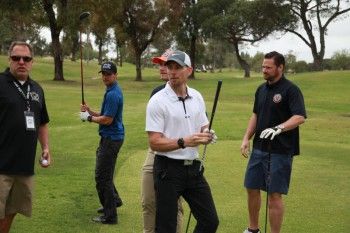 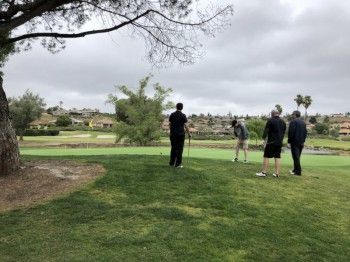 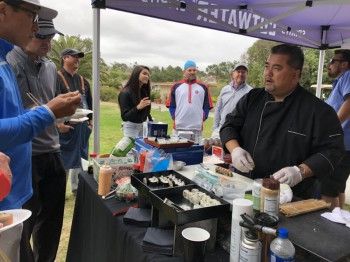 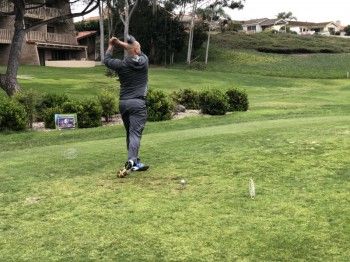 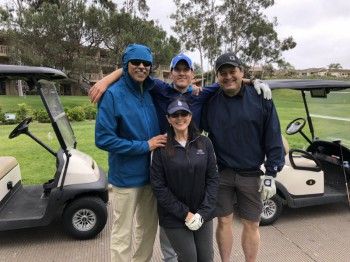 FOF has been able to assist our fellow active duty law enforcement officers, local, state and federal and or their immediate family members in the San Diego and Imperial Counties because of the fundraising efforts of the entire FOF Team as well as the much-appreciated generosity of all our supporters just like you. To ensure we can continue to help all officers within our region and well into the future, we ask you to sign up for AmazonSmile. Please click on the link at: https://smile.amazon.com/ch/30-0216827. We would also like to invite everyone to read our news blog with more easy ways to support our law enforcement families in their time of need.